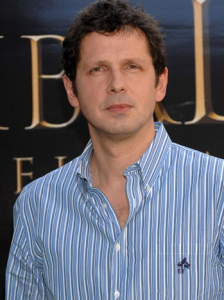 Based on a debut screenplay by playwright Zayd Dohrn, the film is being mounted by Bedlam Productions, Oscar winner Gareth Unwin’s company.

Peter Webber (Girl With a Pearl Earring) is attached to direct.

The movie follows a drug-addled former deputy sheriff searching for his missing daughter amongst the complex politics of a rural Californian logging community. Taking place just off-reservation, the story exists where several worlds collide, with drug dealers, Native Americans, and corrupt officials all coming to blows.

The project is the debut screenplay from playwright Zayd Dohrn and will be produced by U.K. producer Stella Nwimo, marking her first project after joining the Bedlam team.

“Stella’s arrival at Bedlam has brought in a succession of great properties. We are very proud to see Stella get her first film away under the Bedlam banner,” said Unwin, CEO at Bedlam.

The noir thriller is set to shoot in North America at the end of 2013.