THE HUMANITIES at the Goodman’s New Stages

THE PROFANE is a New York Times Critics’ Pick

THE PROFANE cast featured in the New York Times

“Works & Process” with Aasif Mandvi at the Guggenheim 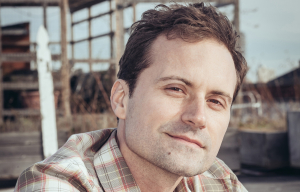 He has written screenplays for Netflix and 21 Laps, and developed television series at Showtime, Sundance TV, HBO, and BBC America.

He earned his MFA from NYU, was a Playwriting Fellow at Juilliard, and is currently Chair of Radio/TV/Film and co-Director of the MFA in Writing for the Screen + Stage at Northwestern.

Plays licensed and published by DPS and Samuel French, Inc.